Learnings in Winter – Reflections from the Alois 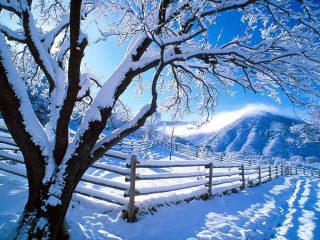 Today. Winter, as a theme, or memory. Not a reality, not yet, not until later tonight, when the meteorologists are predicting accumulation. But here, at the Alois,  memories and learnings amass not just for the residents of the Alois Alzheimer Center, but for those facilitators who occasionally walk the path with these kind-hearted souls.

When we first began offering this class, one student, now quite the stinker, refused to read her words.  Following the first class, which involved the prompt, “I am From”, based on the poem by George Ella Lyon, F. took it upon herself to toss out her words. She remained leery for weeks, “What are you going to do with that?” she would point to the paper where she had hardly scribbled a word. Her distrust was alarming, but also understanding.

Someone had betrayed her words, her voice, many years ago. We had no knowledge of who, or when, but we hadn’t named the program, Found Voices, for nothing.  Our work and F.’s continued presence would prove out, and over time, we would watch her laugh, joke, and even flirt with the farmer-resident.

In looking back, our first mistake had been to call this a “class.”  For the generation of 80-somethings, the word “class” brings back horrid memories. Teachers rapping rulers on knuckles, or the pressure of a deadline, or test, for material one didn’t know.  Certainly, each in this circle has a slight grasp on their condition, so the prospect of reciting poetry or recalling the dates of the Civil War was terrifying. And too, the proverbial red pen had once made its way to each of their papers.

Some of our participants, experiencing significant memory loss, often don’t comprehend they are in a “writing class”. They come for camaraderie, to hear a reading of Robert Frost, to share a memory or eat a donut. They might saunter in, without a care in the world. It is a benefit of their disease.

When my own mother was progressing into a new phase of dementia, she passed through anger and frustration, and into more light. Worries had been wiped off her face, a face which in the past had sported pursed lips and creased brows.  Of course, she still worries about who is coming down the hall, and “where is your father,” but her general trust in people around her is evident.

This condition, while beneficial, and a relief oftentimes for loved ones, is also cause for regret. For often, the person with memory loss cannot connect to other emotional aspects of their life, this including worries.  And while all their thoughts, or their daily take on life, are upbeat, there is sometimes a hollowness, as if they are trying to fill a cup that keeps leaking, and they can’t quite tap into how to plug the leak.

On the rare occasion, the hole gets plugged, their cup will fill up, and they will tap into their reserves, and produce something akin to a fine wine.

Today, we readied the community room for the group. Our regular assistant was absent, so we waited on the staff to bring the residents to us. When they did, we ushered one group of residents that enter through the side door of the room. This I take it be the non-wanderers, or those that have been around longer, and therefore have stayed in the older wing.  I don’t ask many details about the residents’ lives, preferring to let them surprise me, let them show me their story, instead of someone else telling it for them.  First rule of writing. Show, don’t tell.

As this group of regulars, our long-time participants, were filing in, holding the hand of the person in front of them, one was missing.  The assistant mentioned N. would be right back. She was using the restroom.  We situated each as they entered the room, securing name tags, moving chairs, relocating walkers.

When I finally got around to saying Hello to N., she had removed her hearing aids, which drove me crazy. We would have to speak louder or move closer to her, but it was her prerogative.  She wanted to tell me something else though.

She went on, “but then I learned I don’t have to worry.”

I don’t have to worry. What beautiful lines, what a mantra to speak over and again, as the flipping of the calendar sets fire to a hurried pace.  Here, in our circle, N. does not have to worry.

When N. began coming to class, some of the prompts at that time dealt with love and family. N. had been adopted, her memories on those themes were painful. Now, she shares writing that is honest, hopeful, devout.  After her last reading, I felt as I had been absolved of my sins for the week.

Her writings now are more light-hearted, more faith-filled. This could be due to her slipping into the next phase of her dementia, or a change in medication, or working with prompts that don’t touch on touchy subjects.

Or quite possibly, due to the safety N. feels in our circle, and that Winter cannot impact her inside, she no longer worries.